DuBois women drop a tough one at home

The Penn State DuBois women's basketball team was tested on Friday night by the visiting team of PSU Mont Alto.  A hard-fought effort on both sides, the game would stay close with DuBois going into the half down by only one, 25-24. Mont Alto would go on to win the contest, 58-49. 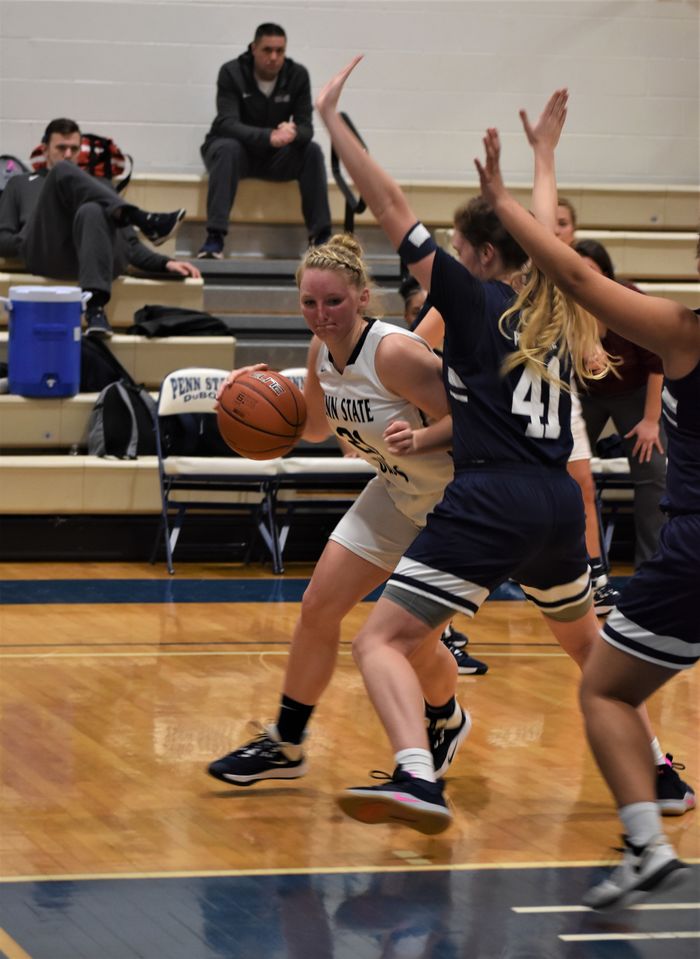 Malliah Schreck finished the game with 12 points and 14 rebounds.

DuBois' Malliah Schreck (Emlenton, Pennsylvania) had nine rebounds, eight points, and two blocks at the break to keep her team right in the game. A hard-fought second half saw DuBois working hard on both ends, but with the shots not falling for DuBois, Mont Alto started to pull away.  DuBois would never quit, and they would make a comeback, but it was too late.

Schreck finished the game with 12 points and 14 rebounds.