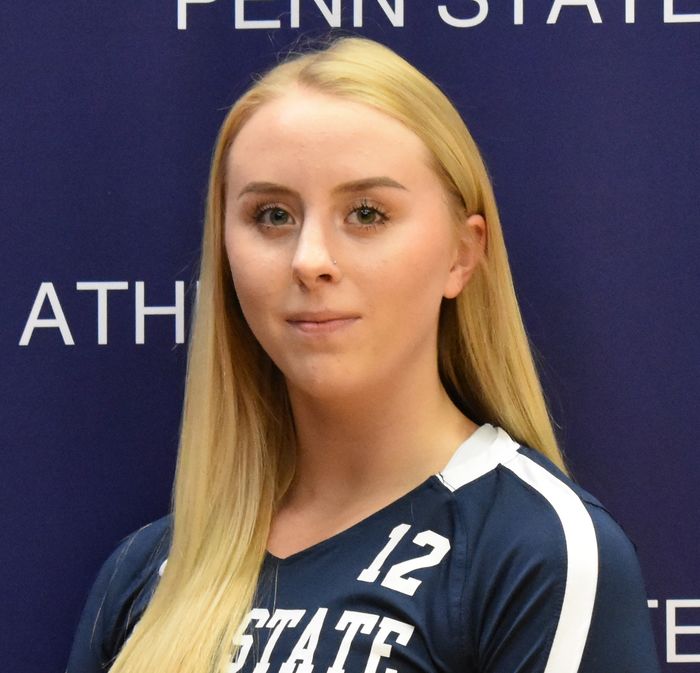 Allison Easton was named PSUAC Player of the Year.

A junior in the Physical Therapy Assistant program at Penn State DuBois, Easton has received Player of the Week recognition multiple times from the PSUAC for her performance on the court. She was also once this season named Player of the Week on the national level by the United States Collegiate Athletics Association (USCAA). Easton wrapped up this season with 382 kills, averaging 4.34 kills per set. She marked 262 digs and 506 points this season, starting in 24 matches. In both of her seasons at Penn State DuBois combined, Easton has earned 866 points and 689 kills.