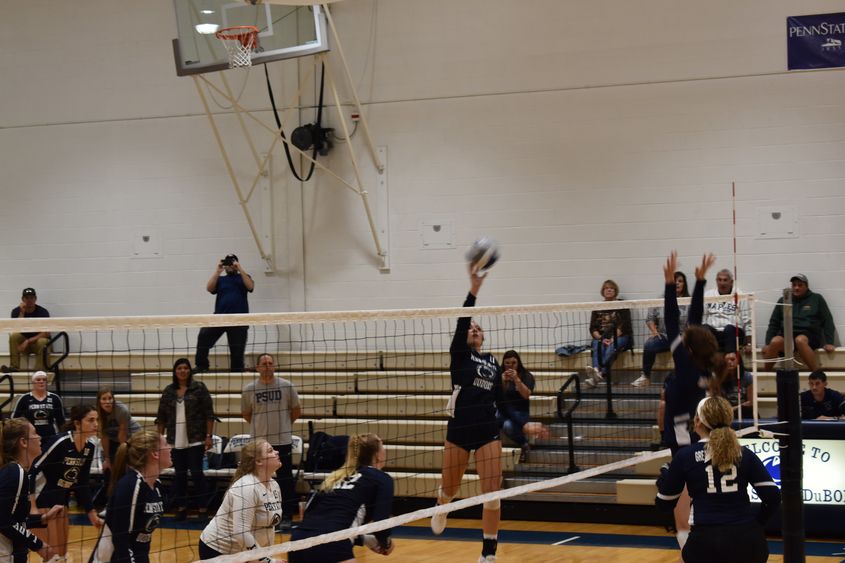 The Penn State DuBois Volleyball team went on the road this weekend to State College where they took on 4 opponents from the East Division of the PSUAC.

Jenna Hyde finished with a match high 35 assists, and threw in 5 aces to help lift her team.  Also contributing were Kierra Keck with 6 aces, Kaylie Petrusky with 18 digs, and Skylar Ceprish and Allison Easton had 10 and 16 kills respectively. DuBois defeated Scranton in 3 sets, 25-10, 25-12, 25-4.