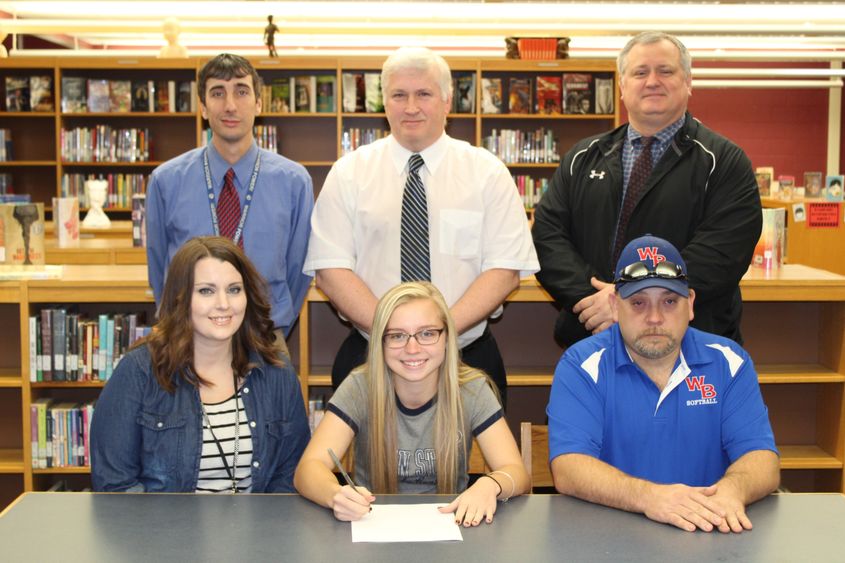 DUBOIS, Pa. — Lizzy Scott of West Branch has decided to continue her academic and scholastic softball career at Penn State DuBois. Arguably one of the most consistent pitchers in the area, Scott never allowed more than three earned runs in a game last spring.

She started 17 games this past season and gave up one earned run or less in 13 of those starts while striking out 105 batters in 110 innings. She had 15 complete games with six shutouts. She ended her junior season with a 1.33 ERA. At the plate, Scott finished with a .377 batting average and led the area with 31 stolen bases and four triples. She also scored 22 runs during her junior season.

Head softball coach Jason Kern said he is thrilled to have Scott join the program.

"We are building a program that will represent the Penn State DuBois campus and the community of DuBois with pride on and off of the field," he said. "Lizzy was one of our top prospects that we knew we could build a program around. My assistant coach, Lauresa Gulvas, and I continue to work tirelessly recruiting student-athletes that will help take this program to the destination we desire and Lizzy is an integral part of that plan."