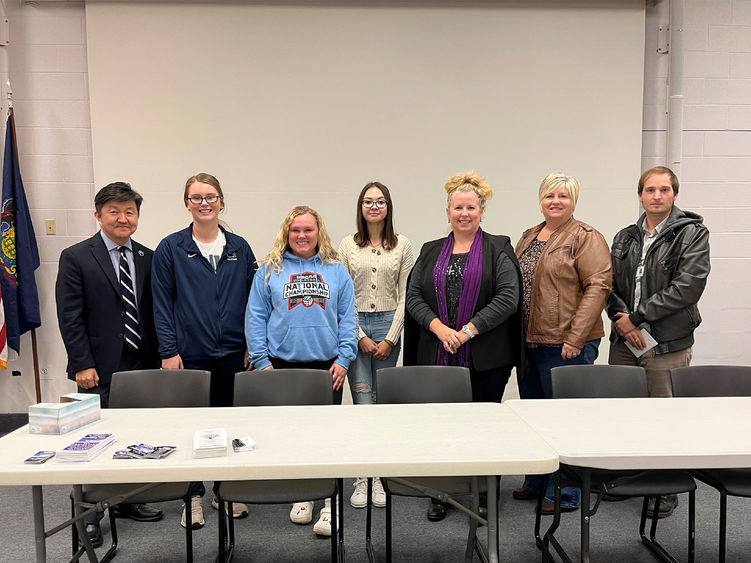 DuBOIS, Pa. — During domestic violence awareness month, Penn State DuBois criminal justice students, faculty and staff gathered in Hiller Auditorium to learn about victimology and hear testimonies from victims of domestic and sexual abuse. Working together with Passages Inc. and Community Action Inc. Crossroads Project, the goal was to show everyone that sharing stories and ending the silence can help stop the violence.

Victimology is the study of the psychological effects of a crime on a person. It also examines the relationship between victims and offenders. The goal is to find patterns and tendencies that would allow for better understanding, education and prevention of crime and abuse, said the participants.

"This impactful event is a great opportunity to not only learn about this topic, but to educate the campus community on what it is, where to get help and to encourage victims, survivors and witnesses to report it"

"This impactful event is a great opportunity to not only learn about this topic, but to educate the campus community on what it is, where to get help and to encourage victims, survivors and witnesses to report it,” said Selena Price, criminal justice lecturer. “Let's fight the good fight against the dark figure of crime (crime that is not reported)!"

A wide range of testimonials were shared, shining light onto several types of abuse, ranging in age from children to adults. In total, seven different scenarios presented seven unique situations where abuse occurred.

Students and attendees helped share the stories of the victims and several discussion sessions were held throughout the event emphasizing the importance of support. The experts explained that everyone likely knows someone who has experienced abuse, and support is what those individuals need. It’s not everyone’s job to investigate, they said, but it is everyone’s job to support. 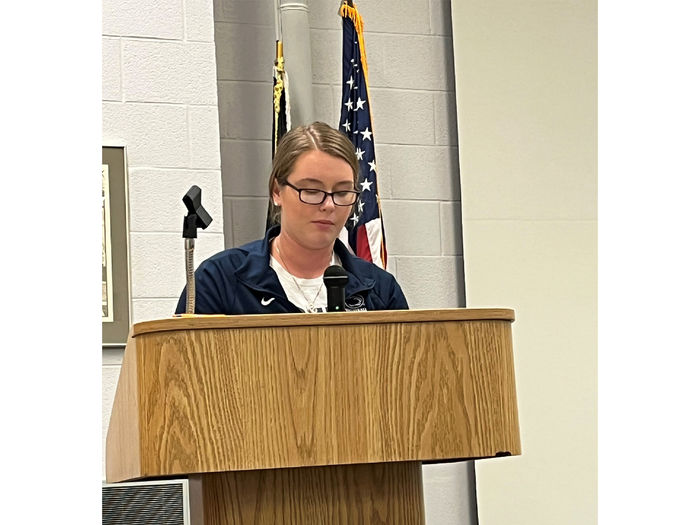 Kaierra Keck, a Penn State DuBois criminology student, shares the testimonial of an abuse victim during the victimology presentation in Hiller Auditorium.

“It’s critical for us to be always thinking about this because we have so much violence around us and all of us can help by paying attention and being more aware,” said Jungwoo Ryoo, chancellor and chief academic officer. “This type of event can help to bring awareness.”

The idea that violence and abuse is around us is something that is often lost, said the participants. However, information presented by Passages and Crossroads shows why it is important for everyone to be aware. Passages has served over 200 clients since the midpoint of 2022, with several of them needing assistance from a hospital for their abuse. Participants also shared information on all the services that they offer for anyone who has experienced any type of abuse. Victim resources for Penn State students are available at https://dubois.psu.edu/sexual-assault.