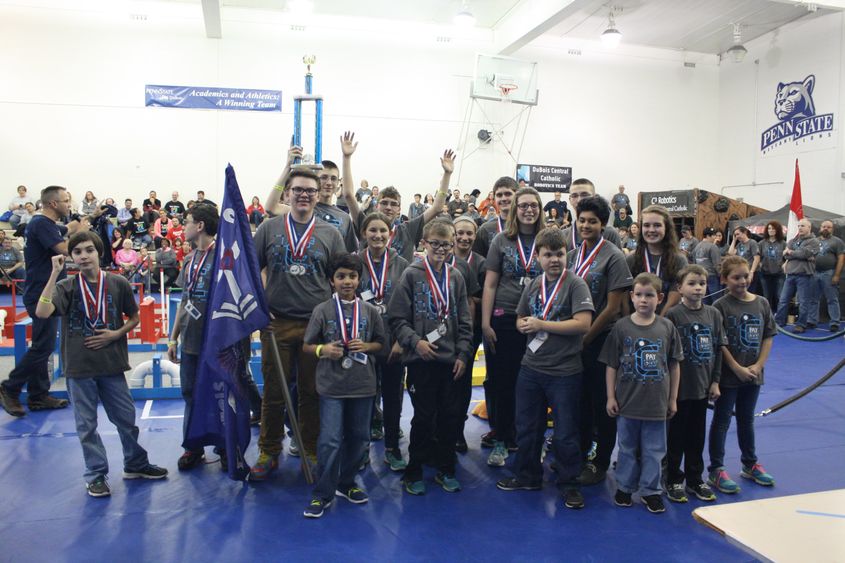 Members of the DuBois Central Catholic Team hoist their trophy in celebration of taking first place in the BEST Robotics Competition at Penn State DuBois Oct. 24.

DUBOIS, Pa. — For the second year in a row, DuBois Central Catholic (DCC) has taken first place in the BEST (Boosting Engineering, Science and Technology) robotics competition held Oct. 24 in the campus gymnasium at Penn State DuBois. Rounding out the top three schools were DuBois Area School District in second place and the Wider School in third place.

All three schools will advance to the Northern Plains BEST Regional Championships to be held Dec. 3-5 at North Dakota State University.

BEST is a national robotics competition for middle and high school students. The BEST organization provides all necessary parts and equipment for teams to build a robot that they can use to run a course and perform specified tasks. The theme of this year's BEST, titled “Pay Dirt,” was  based on deep mining techniques and the design, construction and operation of the machines utilized in mining. The robots had to be built within a six-week time frame. During the contest, all teams ran the course, competing for the best times and course completion.

Each team's performance in robotics,  as well as its engineering design notebook, marketing plan, and other areas of the competition were tallied and combined to achieve a total score.

Through participation in this project-based program, students learn to analyze and solve problems utilizing the engineering design process, which helps them develop technological literacy skills. The goal is to better prepare these students for further education and careers in STEM (science, technology, engineering and mathematics) fields.

"It's the kids,” said Ruth Pife, DCC's team mentor. “They work so hard and never give up. They just kept believing the whole time. I'm so proud of them. They dig deep when they need to and inspire each other."

Teams also compete and receive awards for other areas of the project, which include marketing, exhibition, sportsmanship, and team spirit. In addition to taking first place in the overall BEST Competition, DCC also claimed the marketing award, the team spirit award, and the best team exhibit award. DuBois Area won the best engineering design notebook award.

"I would like to thank each of the teams for being here today," said Melanie Hatch,  Penn State DuBois chancellor, as she addressed the crowded gymnasium. "Your energy, enthusiasm and talent are literally vibrating off the walls."

Students from The Kurrent Youth Media Club in DuBois and the Digital Media Arts program at the Jefferson County-DuBois Area Vocational-Technical School collaborated with DuBoisTV to create an educational television production featuring the BEST teams as they prepared for the competition. The show, hosted by local middle and high school media students, premiered on DuBoisTV (Comcast Cable Channel 19) on Friday, Oct. 23, but it is also available to view online at www.duboistv.net and www.thekurrent.org. 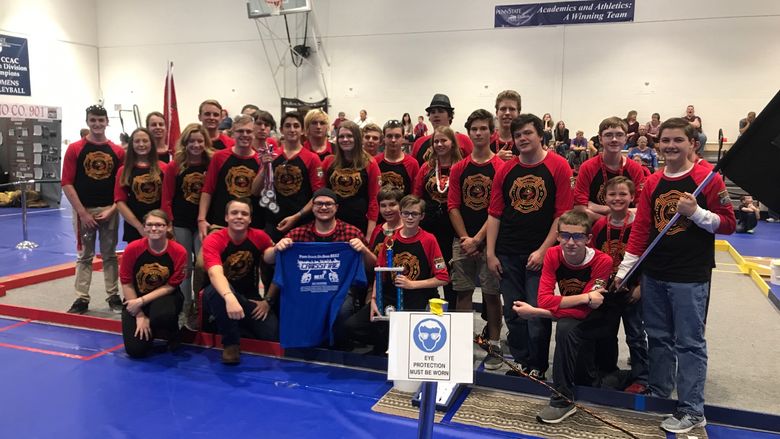