A sweep on Senior Day for DuBois softball 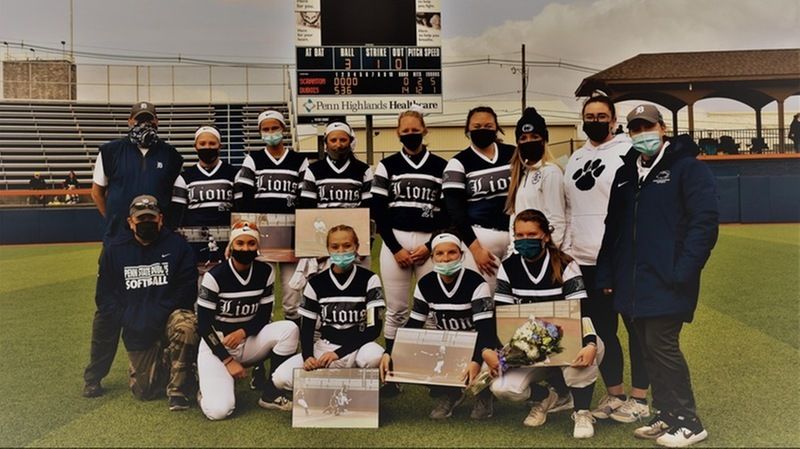 DuBOIS, Pa - Penn State DuBois softball hosted Penn State Scranton Sunday afternoon at Heindl Field for a Pennsylvania State University Athletic Conference doubleheader. It was senior recognition day for DuBois, and the ladies didn't disappoint their home crowd, taking the win in both games, with a 15-0 final in both contests.

Brooke Harvey started the day off in game one from the circle, and would stay there the entire game. DuBois would strike first in the run column in the bottom of the first inning as they put five runs on the board. They would continue to add runs each inning, and eventually reach the 15 run rule mark with their explosive bats. Brittney Williams had a huge game going 3 for 3 from the plate with six RBI's to lead the team.  Aspen Bishop added a double, and Hailey Kuhn drove in three runs herself.

Game two saw Williams as the starting pitcher, and she picked up right where Harvey left off.  Williams also added another two RBI's as she went 2 for 3 from the plate. Bishop added another two doubles and two RBI's, and Malliah Schreck would go 3 for 3 on the game, scoring three runs as well.