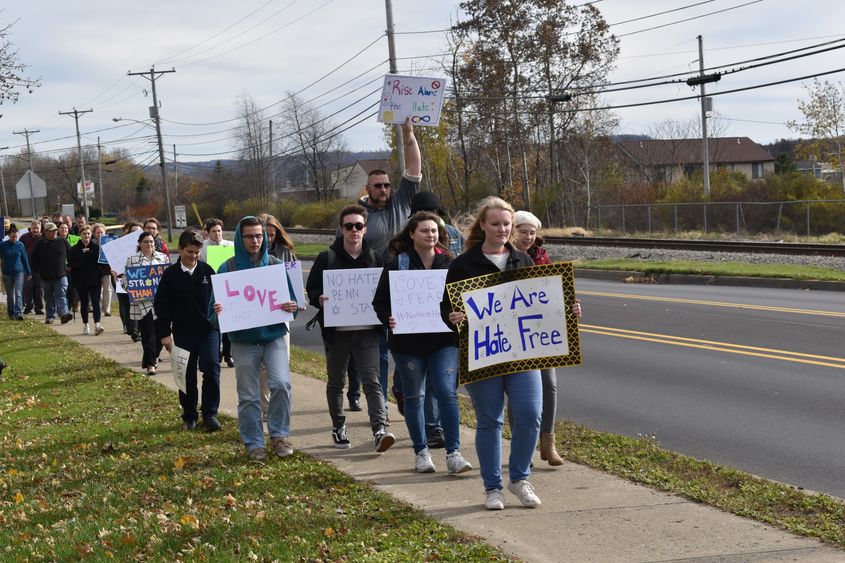 Student Danielle VanSteenberg, in front, led a march along Route 255 in front of Penn State DuBois during the Stand Against Hate Rally on Nov. 7.

The Penn State DuBois community rallied against hate in all forms on Wednesday, November 7, with the Standing Against Hate Rally. Students peacefully demonstrated on campus, and along Route 255 in front of campus, carrying signs that expressed ideals of peace and tolerance.

A group of students organized the event, purposefully unaffiliated with any clubs or organizations, with the intentions of keeping the demonstration free of any type of political influence. They were inspired by the events of Oct. 27, where 11 people died, and six were injured during the shooting at Tree of Life Synagogue in Pittsburgh.

“We are not here to promote a political agenda, or support any one side, but to gather as a united front against all hatred and evil, and to show that Penn State is a safe haven for all of those who have ever felt judged or oppressed,” said student Danielle VanSteenberg, who helped to organize the rally. She addressed the crowd before leading the march through campus. “Today, we are gathering against hate, and will publicly demonstrate this by marching through campus to 255, to demonstrate our unity and to show that hate has no home here.”

Students, faculty and staff participating said they were grateful for the encouragement of passing drivers, who honked their horns and gestured signs of support.

The Washington Post cited a report by the Center for the Study of Hate and Extremism at California State University at San Bernardino that states hate crimes in the nation’s 10 largest cities increased by 12 percent last year. 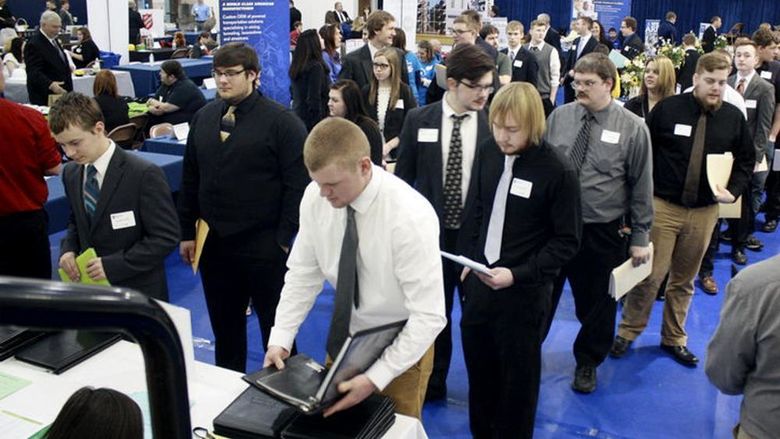 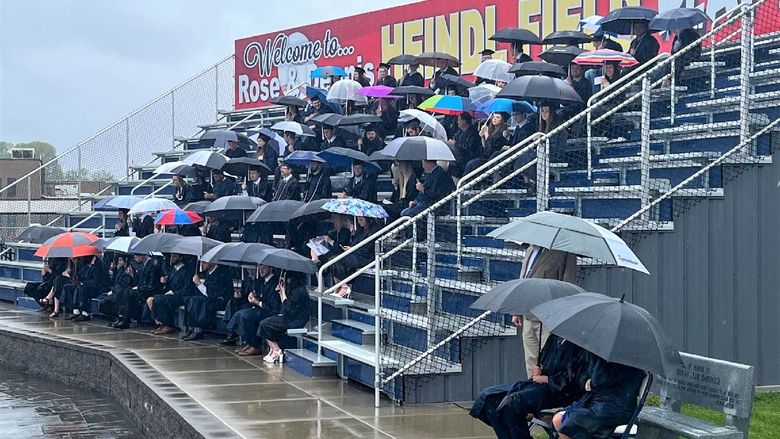