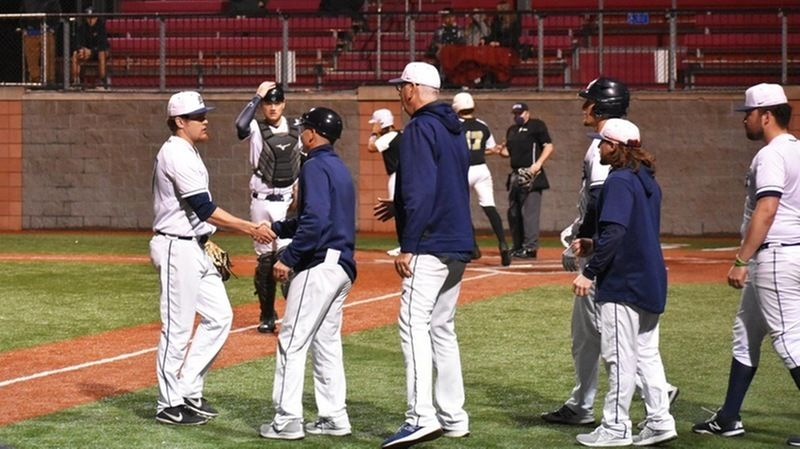 DuBOIS, Pa. - The Penn State DuBois baseball team hosted Point Park University on Wednesday, March 16, at Showers Field in a single game match-up. Senior Nolan Walters would get the start for DuBois from the mound, and he would not disappoint, setting the pace for a 6-1 DuBois victory.

Walters would throw six innings, allow only five hits, and zero runs scored while he was on the mound. He would also hit his career high in strikeouts of nine in a single game. In nine-and-one-third innings last season, Walters threw for a total of 9 strikeouts. This season he has 15 strikeouts through 12 innings of work.

The bats were on for DuBois as well as seven different batters would get a hit, and two of those batters, Cory Lehman and Thayne Morgan would get two hits each. Morgan would also steal two bags during the night.

DuBois improves its record to 4-6, and will host Houghton College on Thursday, March 17, in a double header at Showers Field. The first pitch is slated for 4 p.m.