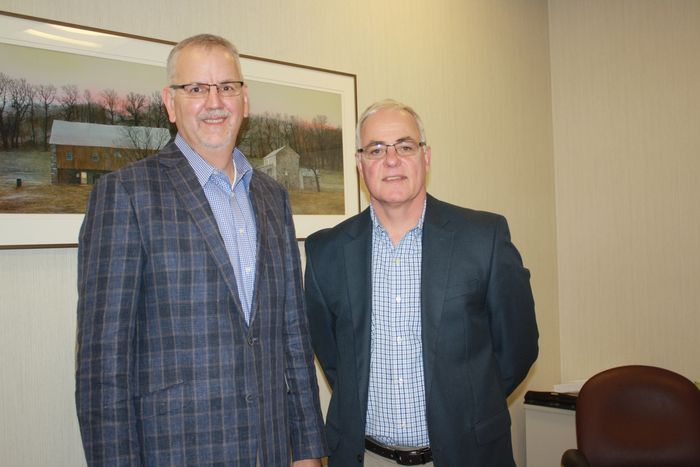 With a $30,000 pledge, Swift Kennedy, and Company has created an Open Doors Scholarship at Penn State DuBois. This unique and unparalleled program offers donors a 2:1 match on their gift, meaning Swift Kennedy's $30,000 pledge will be matched with $60,000 from Penn State, creating a $90,000 endowment.

The Open Doors Scholarship Program runs in its current form through June 30, offering the 2:1 match to donors who make a minimum $30,000 pledge, payable over five years, to establish a scholarship. Donors can also choose to donate any amount above $30,000, which the University will continue to match at 2:1.

Swift Kennedy, and Company is an independent property and casualty insurance agency founded in 1921 by Patrick J. Swift and Albert D. Kennedy, serving over 3,000 individuals and families, and 1,300 businesses in West Central Pennsylvania. The company has supported Penn State DuBois in a multitude of ways throughout the history of the campus. Company founder Patrick Swift helped to establish the DuBois Educational Foundation (DEF) in 1944, when the campus, then known as the DuBois Undergraduate Center, closed due to the number of students who left to serve in World War II. Fearing the campus would not reopen, Swift formed the DEF to raise funds and push through legislation that would assure the campus reopened with a portion of state support allotted to what was then the Pennsylvania State College. The Swift Building on campus is named for this community leader.

Current Swift Kennedy president, George Heigel, is a long serving member and past president of the DEF, which remains the campus' advisory board today. Heigel and the company have supported the campus through the years by establishing other scholarship funds, volunteering for fundraising efforts, and more. Swift Kennedy representatives are also enthusiastic supporters of campus athletics, with vice president and personal lines manager Mike Nesbit also serving as an assistant coach for the Penn State DuBois Baseball Team.

Gifts from Penn State's alumni and friends have been essential to the success of the University's historic land-grant mission to serve the public good. To fulfill that mission for a new era of rapid change and global connections, the University has begun “A Greater Penn State for 21st Century Excellence,” a fast-paced campaign focused on the three key imperatives of a public university: Private support will keep the doors to higher education open to hardworking students regardless of financial well-being; create transformative experiences that go beyond the classroom; and impact the world by fueling discovery, innovation and entrepreneurship. To learn more, visit greaterpennstate.psu.edu.

Open Doors Scholarships can be established through June 30, 2018. For more information, contact Jean Wolf, Director of Development, at 814-372-3038 or [email protected].