DUBOIS, Pa. — The Penn State DuBois wrestling team traveled to Dalton, Georgia, Jan. 22-23 to compete against 24 teams from across the nation in the NCWA National Duals hosted at the Dalton Trade and Convention Center.

Led by head coach Dave Hoare and assistant Joe Shields, Penn State DuBois 12 wrestlers made the bus trip from campus to Georgia aiming to be tested against the best NCWA teams in the country. The DuBois wrestlers received the seventh seed in the tournament and advanced to the quarterfinals with wins against Florida Golf Coast University 39-15; Grays Harbor College (Aberdeen, Washington) 34-21; and Wayne State College (Wayne, Nebraska) 31-12. In the quarterfinals, the squad ran into No. 2 seed Liberty University, losing to the former NCAA Division I program 39-8. In the consolation bracket, DuBois met No. 6 seed Emmanuel College (Franklin Springs, Georgia), where they dropped another tough match 42-10. In its final match for seventh place, DuBois defeated University of Maryland Baltimore County 31-18.

Leading the way for the DuBois wrestlers were Ty Haines and John Prentice, who both posted 5-1 records on the weekend. Other top performers were Brett Himes and Jake Himes with 4-2 records.

The NCWA National Dual Team Championship was claimed by the University of Central Florida with a 32-18 win over Grand Valley State.

“I am very happy that the team competed against some very tough competitors, and it highlighted the areas we still need to improve on our feet and on the mat," Hoare said. "We came home without any significant injuries, and we are on course to win the PSUAC championship and make a run at the top five at the NCWA National Championships in March." 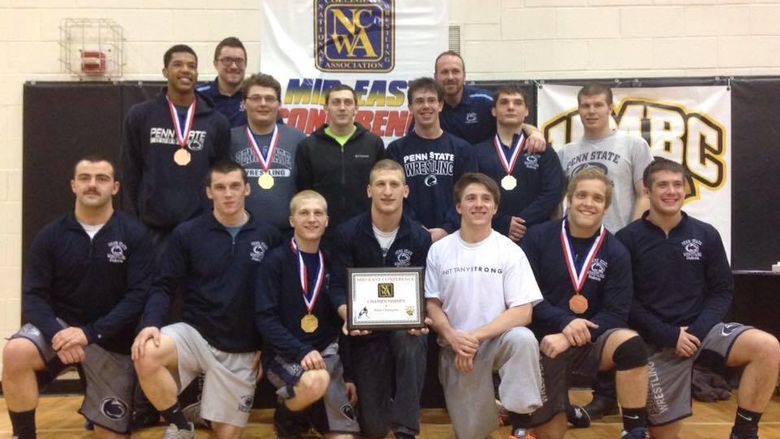