DuBOIS, Pa. — In honor of her 33 years of service to Penn State, the Madlyn Hanes Scholarship Endowment for Academic Excellence has been established at Penn State DuBois. The initial endowment of $50,000 was raised through Penn State DuBois Development with contributions from donors and friends of the campus, and the scholarship celebrates Hanes’ retirement on Aug. 1, from her post as Penn State's senior vice president of Commonwealth Campuses and executive chancellor. Funding will be used to recruit and retain students for the Honors Scholar Program and other high-achieving students attending Penn State DuBois. 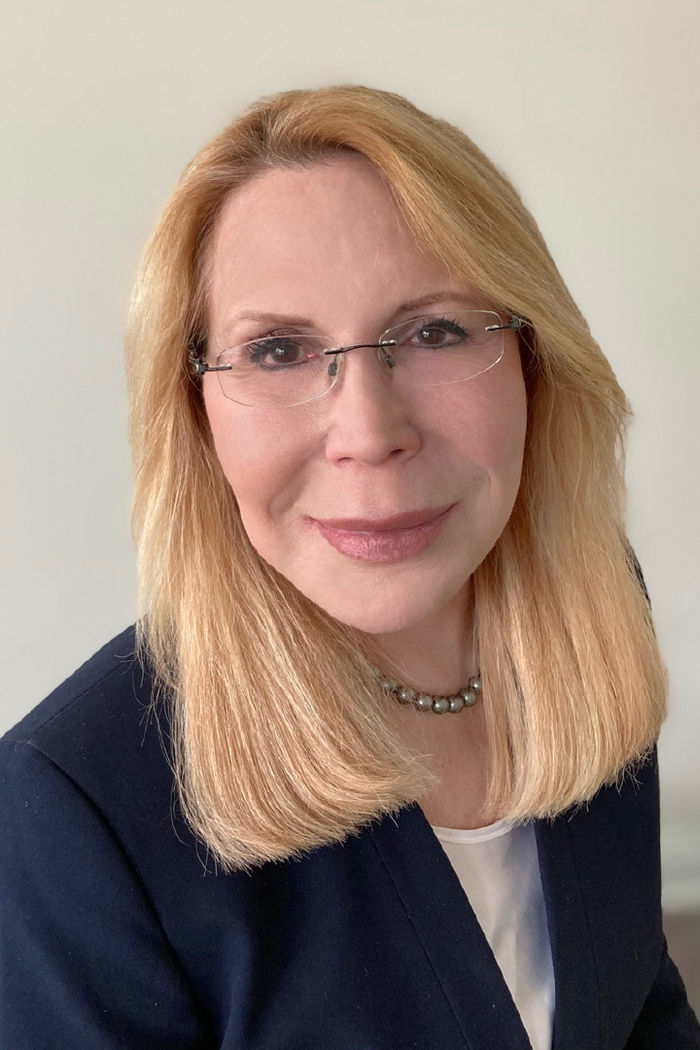 “Dr. Hanes was passionate about supporting the mission of the Commonwealth Campuses throughout her prestigious career,” said recently retired Penn State DuBois Chancellor M. Scott McBride. McBride worked closely with Hanes during his years at Penn State DuBois and spearheaded efforts to name a scholarship endowment in her honor. “Dr. Hanes has always been a champion for the students, faculty and staff at Penn State DuBois, and for affordable and accessible higher education for all. It’s only fitting that we celebrate her legacy with a scholarship in her name that will provide assistance in meeting the financial needs of many future generations of college students.”

Upon the establishment of this fund, Hanes said, “To have a scholarship created in my name, particularly by my DuBois colleagues, is an honor that brings me joy beyond measure. The commitment to student success is the hallmark of the DuBois campus and our broader Commonwealth Campus culture. Every graduate has a powerful story of perseverance and dedication. The need for scholarships to assist students financially, enabling them to reach their goals of a Penn State education, has never been greater. I am grateful to the members of the DuBois campus community for their generosity and kindness and to former chancellor M. Scott McBride for initiating the effort to endow the named scholarship. Scott’s own legacy of exemplary leadership has greatly advanced the campus’s standing as a regional asset and positioned the campus well for continued success.”

During her time as senior vice president for Commonwealth Campuses and executive chancellor, Hanes had executive oversight for the 20 Commonwealth Campuses — Penn State DuBois among them. Hanes provided leadership for Penn State's multiple missions across the commonwealth, advancing the development of innovation hubs including the North Central PA LaunchBox powered by Penn State DuBois. Hanes also served as dean of the 14 campuses of the University College and the Great Valley School of Graduate Professional Studies, providing academic leadership on matters of program and curriculum development, faculty recruitment and development, and sponsored research.

“In my 33 years at Penn State, I have had the opportunity to live, work and actively engage in numerous communities around the state,” Hanes fondly recalled. “We are ONE University like no other. Our fully integrated services, shared infrastructure and seamless transitions make us efficient, nimble, and resilient. And our students are the beneficiaries. We give them so many choices to navigate their Penn State careers.”

“Nearly 96% of Pennsylvanians live within 30 miles of a Penn State location, extending Pennsylvania students access to a world-class education close to home,” Hanes said. “Today, our Commonwealth Campuses are major education providers, cultural centers and employers, adding to the economic well-being and educational attainment of the regions they serve. It’s easy to be passionate and remain passionate about the good – the enduring and profound good—our campuses do for their students, their broader communities, and the University.”

Included among Hanes' notable honors for contributions to higher education are the Administrative Excellence Award from Penn State in 1998; the Distinguished Alumnus award from her alma mater, the University of Florida, in 2008; and the Donna Shavlik award for the advancement of women in higher education from the American Council on Education in 2015.

Gifts to the Madlyn Hanes Scholarship Endowment for Academic Excellence will advance "A Greater Penn State for 21st Century Excellence," a focused campaign that seeks to elevate Penn State’s position as a leading public university in a world defined by rapid change and global connections. With the support of alumni and friends, “A Greater Penn State” seeks to fulfill the three key imperatives of a 21st-century public university: keeping the doors to higher education open to hardworking students regardless of financial well-being; creating transformative experiences that go beyond the classroom; and impacting the world by serving communities and fueling discovery, innovation and entrepreneurship. To learn more about “A Greater Penn State for 21st Century Excellence,” visit greaterpennstate.psu.edu.

For more information on all giving at Penn State DuBois, contact Jean Wolf, director of development, at 814-372-3038 or [email protected].