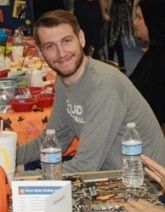 Sam Roselli is a senior at Penn State DuBois, majoring in HDFS. On campus, he plays center for the basketball team. Sam has recorded over 1,000 points since his first year on the team, and has been named PSUAC All-Conference player and an All-American. He was an Orientation Leader during the summer, and is actively involved in the HDFS Club and THON. Sam loves dogs and camping. His advice for current and incoming students is to “get involved around campus in things that interest you.” 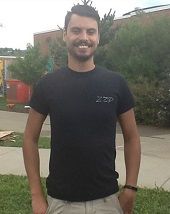 Ryan Dattoli is a senior here at Penn State Dubois. He will be graduating with a Business Marketing/Management degree. In his spare time, he likes to work on Pontiac cars. When asked about advice to current and future students, he said “Get to know your professors.” Ryan walked in the event Walk a Mile in Her Shoes, which took place on September 28, 2016.