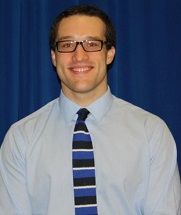 Alec Starr is a business major at Penn State DuBois. Alec started as a kinesiology major but found that he could find a more suitable career in business and had the benefit of moving closer to home and transferring back to DuBois. His name is most commonly associated with his family’s local winery of Curwensville. His future plans are to pursue the family business or management at a financial institution and strives to be a stay at home dad. He quoted, “Step Brothers” regarding his future plans stating, “I wanna make bank bro, cashin checks and snappin’ necks.” 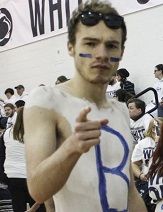 Zach Wood is a sophomore at Penn State DuBois pursuing a Bachelors Degree in Finance. He is a well-rounded student involved in multiple clubs and organizations as well as an accomplished musician. Zach is an active member in SGA, Business Society, STAR, Delta Mu Sigma, and Lion Ambassadors. "Being a Lion Ambassador, I get to see new students for the first time which is pretty cool." Zach is a phenomenal musician in the area of percussion and is a self-taught left handed guitarist. The most interesting activities and events Zach has been involved with through Penn State DuBois are The Penn State DuBois 80th Anniversary Celebration, Bowling Nights, The Student Leadership Conference, and he is excited for the alternative spring break program in Arizona this year. His future plans are to be involved in personal financial planning or join an Indy band in Seattle. When asked what the best thing he has learned at Penn State DuBois was he said; "Be yourself and own it right or wrong."