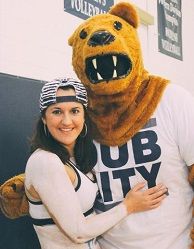 Julianne Inzana is a senior about to graduate with her bachelor degree in business. She is active in many organizations on campus such as the Campus Activity Board, Business Society, THON, Delta Mu Sigma, and is the President of the Student Government Association. One of the most rewarding things she encounters with student government is their ability to set goals and promptly accomplish them. Julianne transferred from Penn State Altoona and was attracted to becoming an orientation leader because she wanted to make herself available to new students who may need extra help. When asked what kept her at Penn State DuBois instead of transferring back to another campus she said, "Penn State DuBois provides an excellent atmosphere to become involved and the comfort to be yourself." 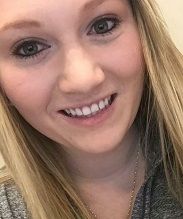 Brittany Johnson is a Senior HDFS major at Penn State DuBois. She is an Upper Class Senator and Executive Director of THON. Yesterday, the Penn State DuBois THON organization beat the record of $17,456 for the highest amount raised in a year to $21,132. THON coordinated fifteen events on campus this year that contributed to their success. Brittany transferred from Mt. Aloysius in the fall of 2015 to Penn State DuBois where she became more involved in campus activities from the support of faculty and staff. Her future goals are to become a probation officer immediately after graduation and plans to apply for a position with the Pennsylvania State Troopers. Her advice to other students is, “Don’t short yourself of what you’re capable of doing.”