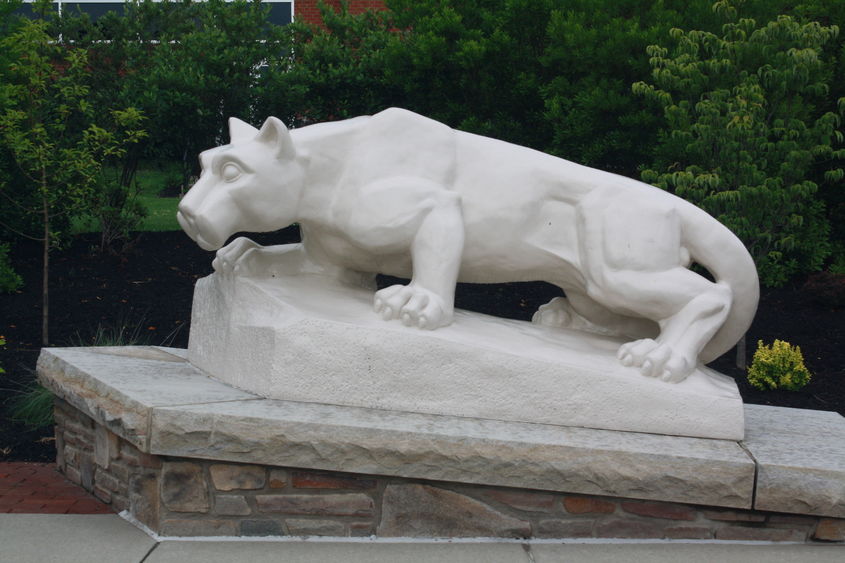 DUBOIS, Pa. — The first scholarship at Penn State DuBois to be established as part of Penn State’s new Educational Equity Matching Program has been created in memory of Maurice George Verbeke.

The Educational Equity Matching Program offers alumni and friends the opportunity to partner with the University in creating a more diverse, equitable, and inclusive Penn State. Through June 30, 2022, or until the $10 million pool of matching support is expended, donors can multiply the impact of new scholarships for students whose gender, race, ethnic, cultural, and/or national background contribute to the diversity of the Penn State community. This support will help to fulfill Penn State’s historic land-grant mission — to reach all citizens of the Commonwealth through teaching, research, and service — and drive transformation across the institution and the larger world. More information is available at raise.psu.edu/EEMP

“Tragedies like the death of George Floyd are horrific reminders of how much work we need to do to address the ugliness of racism in our country,” said Penn State DuBois Chancellor M. Scott McBride. “As a community of scholars and global citizens, Penn State DuBois is committed to cultivating a diverse and inclusive environment that respects and honors the dignity and essential worth of all individuals, regardless of historic prejudice or the ways that we may differ. We are grateful that the Verbeke family stands with us in supporting the rights of every individual to attain a higher education.

"History is full of examples of how ignorance and hate can poison and ruin a society," said McBride. "We’ve witnessed and fought against such hate in every generation, both at home and abroad. This is why education is, and always will be, the vehicle for fostering tolerance and understanding, and for building civil societies.”

The Verbeke family explained that they chose to honor Verbeke with this scholarship because his legacy exemplifies the ideals of inclusion and acceptance. Born in 1925 in the Reynoldsville, Pennsylvania area, where he was raised, Verbeke passed away on Jan. 19, 2011, at the age of 85. He was professor emeritus at Rowan University (formerly Glassboro State College in Glassboro, New Jersey). His parents were Belgian immigrants, Victor Isidore Verbeke and Maria Georgia Elisia Braekevelt Verbeke. After graduating from Beechwoods High School in 1942, Verbeke entered Penn State, beginning his undergraduate studies at Penn State DuBois. The DuBois campus remained close to his heart throughout his life.

In February 1943, he enlisted in the U.S. Army Air Corps and spent three years on active duty during World War II. After the war and an honorable discharge in 1946, he returned to Penn State and started to teach in 1947, eventually getting his bachelor of science degree in vocational education and science in 1949. He received his master of education degree in educational administration in 1954 and his doctorate in educational administration in 1966, both at Penn State.

Verbeke began his teaching career in Chambersburg, Pennsylvania, as a vocational education teacher. He continued his teaching career in Curwensville and Clearfield, Pennsylvania, until 1954, when he began teaching in Miami (Dade County), Florida, where he taught mathematics and art. In 1956 he became a guidance counselor and eventually an administrator. After receiving his doctorate in 1966, he went to Glassboro State College (now Rowan University), as an associate professor and was promoted to professor in 1970.

At Rowan University, Verbeke taught educational administration for 21 years and started the Department of Educational Administration in 1970. He served as its founding chairman for 13 years. In addition, he served as assistant dean of the graduate school and assistant to the dean of instruction.

Verbeke was the adviser and seminar professor to over 600 master’s degree students. In addition, he supervised the certification programs for an additional 400 graduate students, hundreds now successfully employed as administrators in the public and private schools and colleges across the U.S., as well as in the private sector. Further, he was instrumental in sending over 40 graduates on to doctoral studies at universities, such as Penn State, Temple and Rutgers. He was a great supporter of first-generation students and took a special interest in international students.

Verbeke held numerous leadership roles at the university, state and national levels and earned numerous honors. Some of these included: president of the New Jersey Council of Education, where he earned the prestigious Distinguished Educator Award; founder of the Educational Professors of New Jersey; Danforth Foundation Fellow; 14 years as chair and member of Glassboro State College’s Athletics Committee and Delegate to the NCAA; member of numerous NCATE and NASDTEC accreditation teams; and 2003 recipient of the Penn State DuBois Alumni Society Lifetime Achievement Award. In addition, he was an author of numerous publications and presenter at many professional conferences.

“He was a people person who was able to connect to individuals from all places, from all backgrounds, and from all walks of life,” said  Karen Verbeke Shealey. “He did much for many and left us with so many lessons. He was a good and decent man who lived by simple truths, by simple values, and with a deep and abiding commitment to the value of education. He lived each day with intensity and passion, and inspired us to be the best we can be.”

Karen went on to recall her father’s important role in helping others to achieve their dreams of higher education, a reason this scholarship in his honor is a fitting tribute. She said, “One of his richest legacies was his love of education; he mentored so many students, literally hundreds, possibly thousands as a teacher, professor, and administrator. But he also mentored his own family, including me and his many nieces and nephews, and now grand-nieces and nephews, helping over 30 of us to go on to higher education at Penn State, many who began their college careers at the DuBois campus. He had a special place in his heart for Penn State, having earned all three of his degrees there. He loved it when one of us achieved. He was so proud.”

Verbeke’s enthusiasm for helping others was also apparent in his commitment to the success of first-generation college students. Karen said she fondly remembered that he mentored many individuals who were the first in their families to pursue higher education, offering guidance to those who otherwise would lack an experienced mentor on this journey. His generosity was extended not just to family, but even to people he had just met for the first time.

Similarly, she recalled her father’s commitment to educational equity, saying, “I remember when three graduate students from Liberia came to Glassboro and had literally nothing. They weren't used to winters in New Jersey, and he went out and bought them winter coats, boots, and other clothing and food and kept checking on them throughout their time in New Jersey. He also was a supporter of my students at the University of Maryland Eastern Shore (UMES), often sending money with me to pay for books, food, and other supplies.”

Both Karen and her husband have spent a substantial part of their careers working and advocating for educational equity. Karen spent 25 of her 44 years in education as a professor and administrator at UMES and another year teaching at Howard University, both of which are historically black universities. Harry has been an adjunct faculty member at UMES for over 40 years.

Assistant Teaching Professor of English Jackie Atkins said she is proud to help carry on Verbeke's legacy and pleased to see the Educational Equity Matching Program take shape. She is the program leader for the Women’s Studies minor and has taught diversity courses in women's studies, LGBT Studies, and literature (courses such as Black American Writers, Alternative Voices in American Literature, Reading Black, and Reading Feminist).

Atkins said, “Making people understand that pushing for equal rights for underrepresented or traditionally mistreated people doesn't mean their rights are taken away. It's not pie. There's plenty for everyone.”

Lecturer in Human Development and Family Studies and Education Marly Doty said she also values the commitment to diversity represented by the Verbeke Scholarship. She has engaged students with diverse populations through service learning across the U.S. over the past 13 years with the Alternative Spring Break program, funded in part by the Educational Equity Office at Penn State. She has also championed the Center for Sexual and Gender Diversity in collaboration with University Park. Most recently, she is co-chairing, with Assistant Director of Career Development Anna Akintunde, the IDREAM Team that is focused on furthering and deepening the mission regarding diversity and inclusion.

“Scholarship funds like the Dr. Maurice George Verbeke Family Educational Equity Scholarship will help to provide opportunity to many who may not otherwise have access to higher education. It carries on a legacy of a man whose life’s mission aligned perfectly with the ideals of educational opportunity for all, and to lift up all people he touched,” Doty said.

This gift also helps to advance "A Greater Penn State for 21st Century Excellence," a focused campaign that seeks to elevate Penn State’s position as a leading public university in a world defined by rapid change and global connections. With the support of alumni and friends, “A Greater Penn State” seeks to fulfill the three key imperatives of a 21st-century public university: keeping the doors to higher education open to hardworking students regardless of financial well-being; creating transformative experiences that go beyond the classroom; and impacting the world by fueling discovery, innovation and entrepreneurship. To learn more about “A Greater Penn State for 21st Century Excellence,” visit https://greaterpennstate.psu.edu/.

For more information on all giving at Penn State DuBois, contact Director of Development Jean Wolf at 814-372-3038 or [email protected] 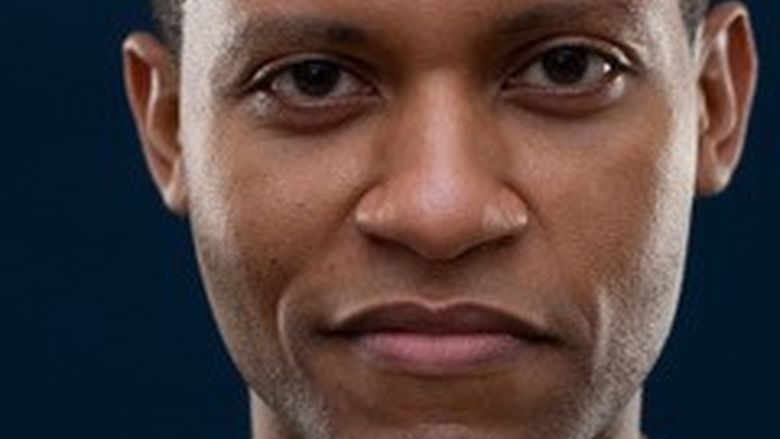 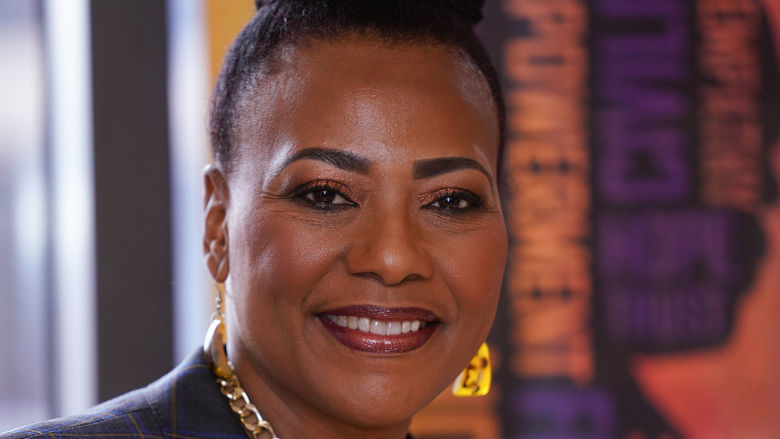 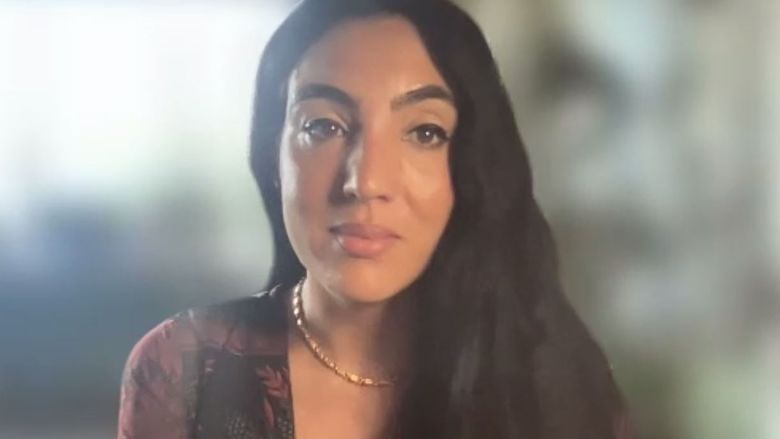