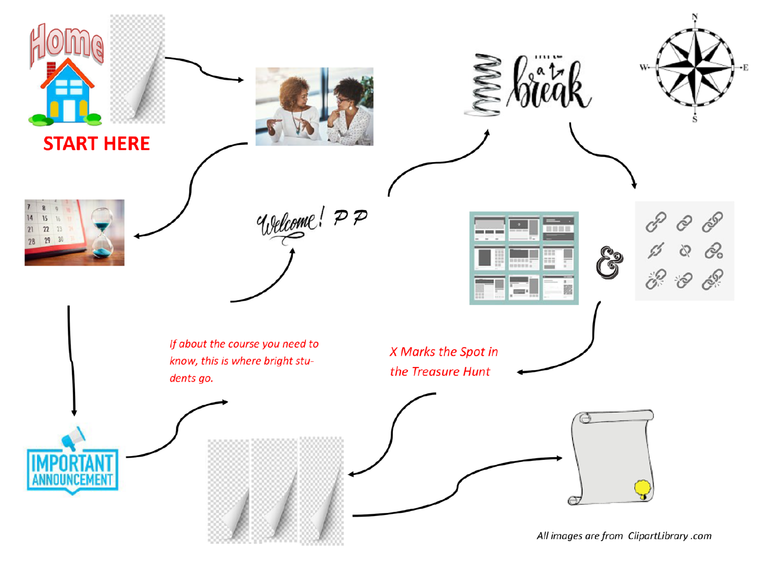 DUBOIS, Pa. – Penn State DuBois Lecturer in Biology Lola Smith had big plans for her students this past semester, and she didn’t let the COVID-19 crisis take the wind out of her sails. Smith had planned a pirate-themed treasure hunt on campus through which her anatomy and physiology students could earn extra credit. When Penn State made the switch to remote learning, Smith also charted a course for online activities.

"Initially this was done on campus, but I modified it for this unique semester,” Smith explained. “The object of the treasure hunt is to find information on the top 10 pirate diseases. For each disease the students had to record information about the disease, the 21st century name for the disease, how the pirates would have contracted the disease, what happens physiologically in the body, what organs or cells it involves, and how it is treated in the modern era.”

Student Heather Grove said, “I struggled with internet connection at my house and that was my biggest problem. I did not notice any impact to my studying or learning, however.”

Smith said typically her treasure map would lead students to on-campus locations where they would find QR codes that they could scan with their phone, which took them to online locations that provided answers to questions on the diseases. Remote learning saw her take the exercise entirely online, using Penn State’s online lecture site, CANVAS.

Smith recalled, “Students were given directions and the map in CANVAS.  The directions had icons of a pirate, ship’s wheel, and the treasure box, all keeping with the pirate theme. Students had to decipher the pictures on the map to know where to go in the CANVAS site. When they found a treasure box, they clicked on it. It would take them to a QR code. They then used their cellphones to read the QR codes. Once they completed the record document, they uploaded it into a submission box in CANVAS for me to see and verify completion. They could choose which course, lecture or lab, they wanted their 10 points added to.”

Smith started the tradition of a pirate treasure hunt for her classes because the Penn State DuBois biology lab features a human skeleton that she began decorating for Halloween with pirate clothing, eye patch, sword and more. It inspired her to create an engaging learning opportunity whether on campus, or online.

“Either way, I think students had fun with it,” Smith said. “They got to use their phones and learned a little in the process.”

Adult learner Tammy Westover said the online transition was an adjustment, but she enjoyed the project. “I love doing interactive learning," she said. "I loved the challenge of finding the codes, plus the articles that we had to read were very informative in that we learned not just what diseases pirates would have been exposed to, but also which ones are still around today. Learning all the old and new names of the diseases was interesting, also. Doing things outside of the norm for students to be more engaged in learning is, for me, more beneficial than just sitting in a classroom.