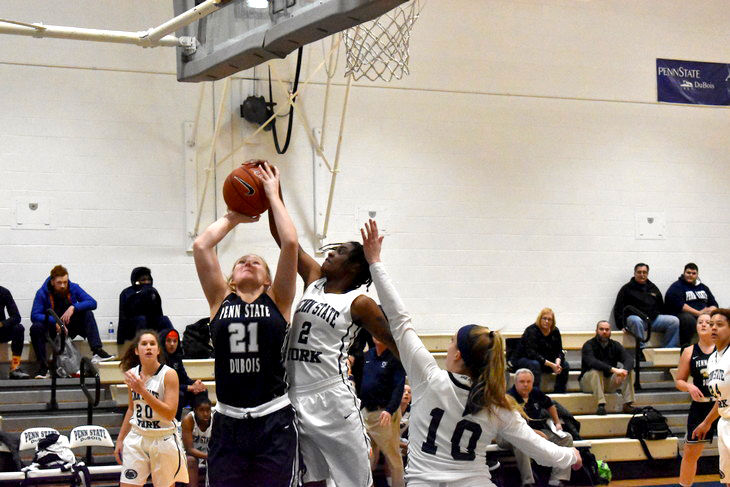 Malliah Schreck had a team high 19 points and 16 rebounds for Penn State DuBois.

DUBOIS, Pa. — The Penn State DuBois women's basketball team hosted Penn State York on Monday night in an exciting PSUAC matchup.  DuBois held a 1-point lead after the first quarter, and held tough defensively. A few quick buckets got York on top going into halftime with a 4-point lead, and ultimately leading York to a 73-69 victory.

York held the lead after three quarters, but DuBois asserted themselves in the fourth to tie the game with a last-second prayer of a 3-point shot to take the game into overtime. York held their defensive line against DuBois however, and went on to win the game.