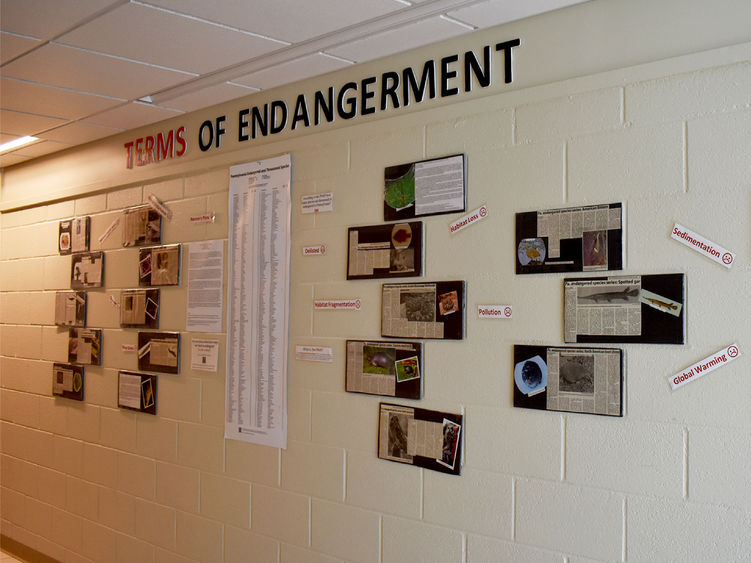 Lola Smith, instructor in biology at Penn State DuBois, leads the program, now in its third year. Students each choose one of the 380 endangered species in Pennsylvania listed by the PA Natural Heritage Program.

Each student then conducts research and writes a feature newspaper article. The articles are published through "The Courier Express." To create publicity for as many of the endangered species as possible, Smith requires students to choose ones that have not been previously covered as part of this project. To date, 27 species have been featured as part of this program.

Animals of all shapes and sizes have been featured this year so far, including animals as small as the Allegheny woodrat, a much larger bird in the long-eared owl, an amphibian with the blue-spotted salamander, and a reptile by way of the Kirtland’s snake.

The newspaper articles are then presented on campus in the Swift Building as part of the "Terms of Endangerment" wall. This wall features terms in red lettering that highlight why many animals are endangered. Viewers can interact as well by using a QR code to find the endangered species in the Pennsylvania county where they reside. 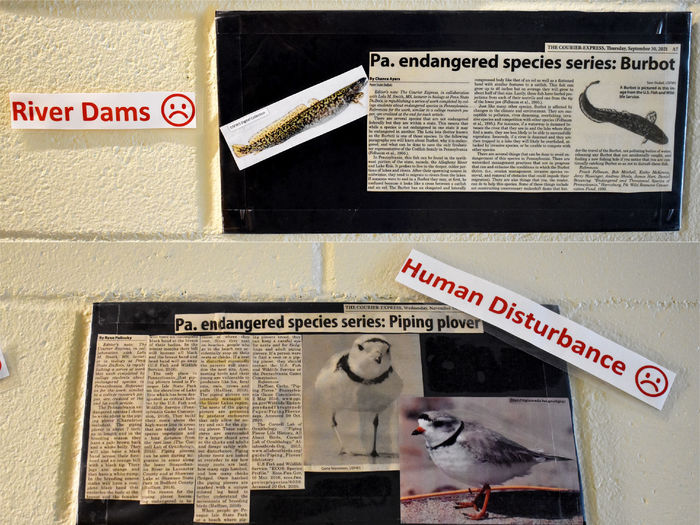 For Smith, this project is important for both students and those reading the articles in the newspaper. The articles are written each year by Smith’s students in her populations and communities course. It is an intense scientific writing course that teaches students how to properly write for science, including the use of proper scientific names of species in each article. There is also a goal when it comes to those outside of the class, to see the endangered species that are right here in the local area.

“For most people, endangered species conjures up images of panda bears and tigers,” Smith said. “Indeed, those organisms are important to our planet, but the same people probably do not realize that we have endangered species, plants and animals right here in Pennsylvania and they are equally important.”

As part of each article, students provide a reason why their organism is endangered. This emphasizes to everyone the impacts they can see locally, such as habitat fragmentation and loss for a species. This allows people to see what is happening that is harming organisms, and what they can do to help save them and keep them safe for the future.

“Young people are our future. They need to see and have a connection with what they need to save,” Smith said.