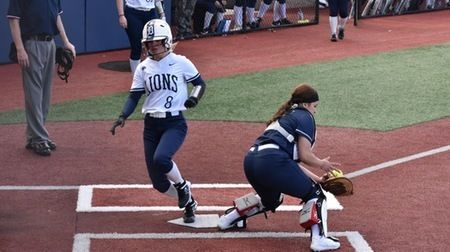 Returning to the mound, previously named USCAA Player of the Year, Lizzy Scott, took full command of the game from the beginning. Jordan Bundy is credited with a triple, and Skyler Ceprish and Larissa James-LaBranch each hit doubles. The team made quick work of the first game, scoring enough runs in the first game to force a run rule, ending the game in just five innings with a score of 8-0.

Taylor Boland was the starting pitcher for Penn State DuBois baseball yesterday, keeping Penn State New Kensington scoreless for the first five innings at Showers Field for their opening conference game. The same could not be said for DuBois, with eight runs coming in during the first two innings.

Colby Bodtorf hit a bases loaded clearing double to bring in three additional runs in the fifth inning, earning him the highest RBI for the game. Trevor Hannah and Daniel Stauffer each hailed two RBIs.

Boland allowed a single hit during the first give innings, with Mason Lieb pitching the remainder. The matchup was ended in the seventh inning due to a game run rule, with DuBois besting New Kensington 15-1.