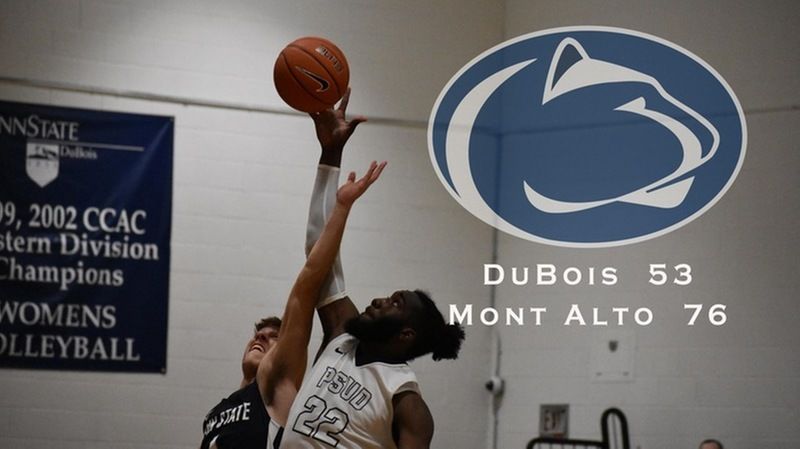 DuBois headed into the locker room down only eight points. Guy Anthony came alive in the second half, going 4-for-4 from the field, but Mont Alto pulled away for the victory.

Gordon and Anthony ended the game with 12 points each, while Anthony also grabbed six rebounds.

The DuBois men will be back in action on Wednesday, Jan. 19, at Penn State Fayette.