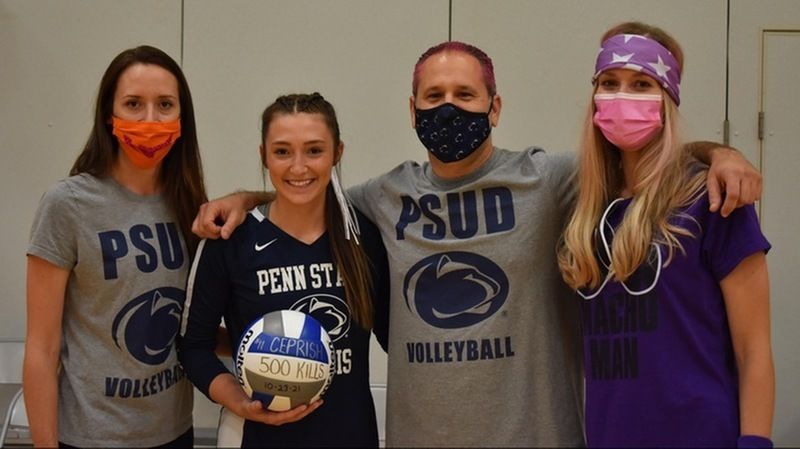 On Thursday night Senior Skylar Ceprish was presented with the game ball she played to mark 500 career kills during an away game versus New Kensington on Oct. 23. Left to right are Assistant Coach Autumn Burke Dempsey, Ceprish, Head Coach Dave Alberts, and Assistant Coach Andrea Zitzelberger.

Setter, Catherine Gregory ended the night with 30 assists, while Skylar Ceprish led the way in kills with 10.  Sydney Kaschalk added in 7 service aces and 8 kills.

Before the game Ceprish was presented with her 500th kill game ball that she hit at an away game against New Kensington on Oct. 23.