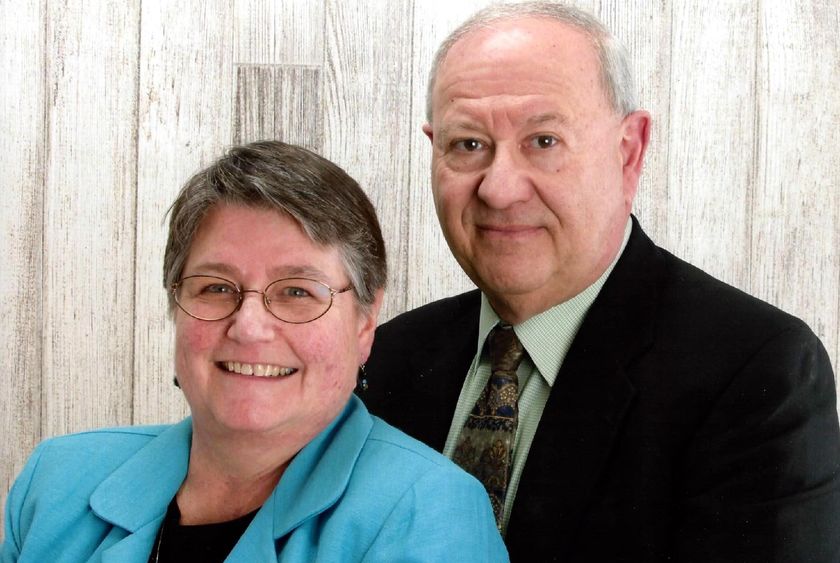 DuBOIS, Pa. — Longtime campus supporters David and Deborah Ross have established a new endowment that will support efforts of the North Central PA LaunchBox powered by Penn State DuBois. The Dr. David S. and Deborah M. Ross LaunchBox Endowment at Penn State DuBois was established with the couple’s initial $100,000 pledge. Penn State will match that amount, resulting in a $200,000 endowment supporting the LaunchBox, as part of the University’s current campaign, “A Greater Penn State for 21st Century Excellence.”

The North Central PA LaunchBox is focused on supporting manufacturing competitiveness and workforce needs, growing and attracting talented entrepreneurs and innovators, and creating new high-knowledge, high-technology businesses for the region. Penn State DuBois serves as the convener to facilitate partnerships with and between businesses, education and industry, as well as economic and community development stakeholders, thus creating a functional ecosystem for providing facilities and programming for industrial research and development.

At the NCPA LaunchBox location in downtown DuBois at 2 E. Long Ave., all of the region’s resources are available to provide assistance with starting and operating a business. This includes co-working space, pitch competitions, startup grants, tech accelerator programming, business plan development, low-interest financial lending, website design, marketing, technology and site selection. Facilities and services also are available to current Penn State DuBois students who may have goals of starting up their own business.

“Our goal with this gift is to support Penn State DuBois in training students in new workforce and entrepreneurial skills and to support developing innovations to give an economic boost to the North Central PA region,” said David Ross.

North Central PA LaunchBox Director Brad Lashinsky expressed his appreciation, saying, “I am very grateful for the Rosses’ support and willingness to play a pivotal role in helping to drive entrepreneurship and innovation within the region.” In addition to serving as director of the LaunchBox, Lashinsky is a member of the Penn State DuBois faculty and teaches courses as part of an entrepreneurship minor offered on campus. Additionally, he organizes other educational programs for business owners and members of the community through the LaunchBox that can help local industry to thrive.

David Ross grew up on a dairy farm in Jefferson County. He attended Penn State DuBois for two years before moving on to University Park to earn his bachelor’s, master’s and doctoral degrees in agricultural engineering. He is a professor emeritus at the University of Maryland. Deborah worked full time in addition to raising a child while she earned her bachelor's degree. In 2019 she retired as an information technology coordinator at the University of Maryland Extension.

David and Deborah have additionally established an Open Doors Scholarship on campus and served as speakers at the 2021 virtual Scholarship Celebration.

This gift will advance "A Greater Penn State for 21st Century Excellence," a focused campaign that seeks to elevate Penn State’s position as a leading public university in a world defined by rapid change and global connections. With the support of alumni and friends, “A Greater Penn State” seeks to fulfill the three key imperatives of a 21st-century public university: keeping the doors to higher education open to hard-working students regardless of financial well-being; creating transformative experiences that go beyond the classroom; and impacting the world by serving communities and fueling discovery, innovation and entrepreneurship. To learn more about “A Greater Penn State for 21st Century Excellence,” visit greaterpennstate.psu.edu.

Gifts to support Invent Penn State’s LaunchBox and Innovation Hub Network, as well as select economic development initiatives across the commonwealth, are a priority of the campaign, and two opportunities to leverage University funds — the LaunchBox Matching Program and the Economic Development Matching Program — are available through the end of “A Greater Penn State” on June 30, 2022, or until the pool of support is exhausted. To learn more about how to make a gift and secure a match, contact Heather Winfield at [email protected].

For more information on all giving at Penn State DuBois, contact Jean Wolf, director of development, at 814-372-3038 or [email protected].