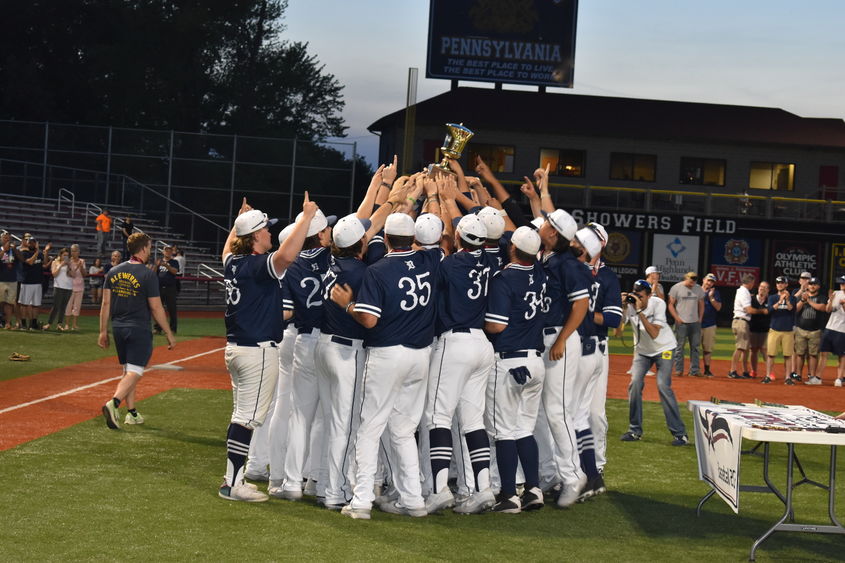 Trailing 3-1 after six innings, Zane Morgan singled in a run and Tyler Corl smacked a three-run home run in a four-run seventh to put the Nittany Lions up 5-3.

UC Clermont answered with a pair in its half of the seventh as Tyler Grant doubled in Peyton Leinhardt and scored on a single by Grant Hessman as the Cougars tied the game at 5-5.

Thayne Morgan drove in a pair of runs with a single in the eighth and the Lions iced the game with a pair of home runs in the ninth. Trevor Hanna started with a solo blast and Stauffer closed the scoring with a two-run home run, which was his fourth of the tournament.

Jack Deeds and Tyler Stewart had three hits each, while Tyler Gulley drove in three with a pair of home runs as the Cougars held off a frantic Penn State DuBois comeback to force the if-necessary game with an 11-10 win.

Brian Zix had a solo home run in the top of the eighth to put UC Clermont up 11-5.  His home run set a tournament record for the Cougars as it was their seventh in the game.

The Lions pushed three runs across in the eighth as Logan Wagner had a RBI single and Brandon Sicheri drove in a pair with a double to trim the deficit to 11-8.

In the bottom of the ninth, Thayne Morgan lead off with a double before the Cougars got a pair of strikeouts.  Daniel Stauffer came in with a two-run home run to make it a one-run game at 11-10.  Three walks followed to make things very entertaining before Zach Woodrum forced a flyout from Sicheri to end the game.

Sicheri and Toner Curl had a pair of hits for Penn State DuBois, while Trevor Hanna drove in three.