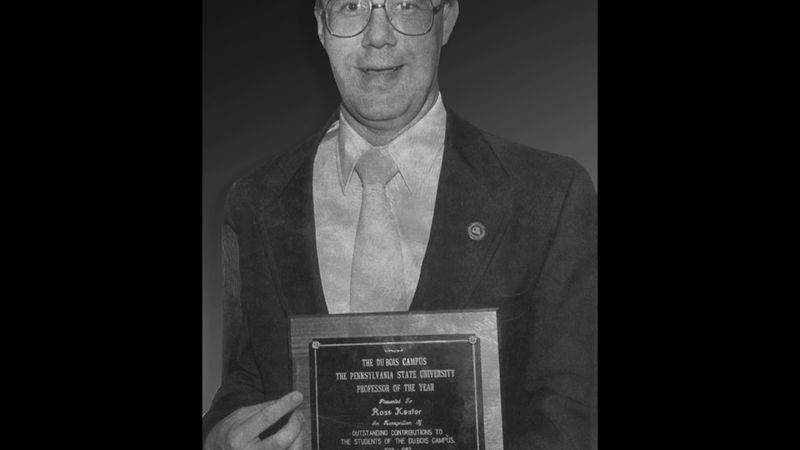 Ross A. Kester ’64 DDT, ’69 VIED, ’72 VIED is a retired Senior Instructor in Engineering at DuBois Campus.

In 2011 Ross returned to the campus to teach in the Mechanical Engineering Technology Program for one year although he had retired in June 2007. In August 1978 he was hired as an instructor in the MET program. In 1973 Ross started teaching at DuBois as an adjunct faculty while employed by General Engineers and Technicians a consulting engineering firm.  In May 1972, he was working for General Engineers and Technicians in consulting engineering. From August 1969 threw May 1972, He was a faculty member in the Engineering Department at the Williamsport Area Community College.

Ross is a registered professional engineer and surveyor in Pennsylvania.  He is a member of the American Society of Engineering Education and a life member of the Penn State Alumni Association and the Society of Manufacturing Engineers. From 2013 to present Ross volunteers at Camp Mountain Run Boy Scouts of America assisting the camp ranger to maintain the camp buildings and equipment.

While a student at PSU he had excellent faculty teaching his courses and well informed advisors providing guidance on courses and prerequisites.  During his years at PSU he strived to be an excellent teacher and advisor. He believes the various awards he has received are evidence of achieving his goal.