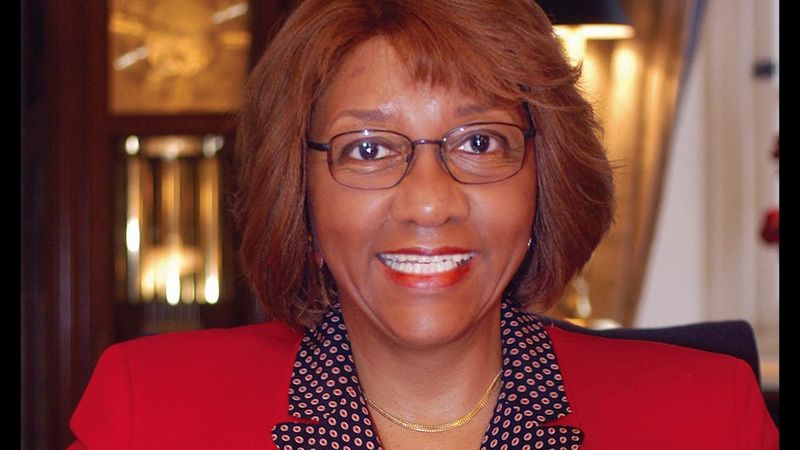 Anita served as chancellor at Penn State DuBois from February 2003 until her retirement in December 2012. Under her leadership, the campus increased degree offerings, including a baccalaureate in engineering. During her time at the campus, over $10 million was raised to support student scholarships and facility enhancements, and intercollegiate athletic programs were reestablished. Anita and her husband Bob were major supporters of the campus. For example, shortly after her arrival in DuBois, they provided a $25,000 gift to support the construction of the DEF Building on the campus. In 2010, they established a Trustee Endowed scholarship in memory of her parents to support students with diverse backgrounds. Earlier this year, Anita established an Open Doors Endowed Scholarship.

Before coming to Penn State DuBois Anita served as dean of the Extended University, Summer Session, and Evening and Weekend Campus at the University of Arizona, in Tucson.  Prior to her time in Arizona, Anita served as dean of the Evening College at the University of Missouri-St. Louis. She earned a bachelor's degree in mathematics and a master's degree in secondary mathematics from Wayne State University in Detroit, and a doctorate in education from St. Louis University. She also took graduate courses in accounting at the University of Detroit and attended Harvard's Management and Leadership Institute. Anita had also been involved with the American Council on Education (ACE) for nearly 20 years. She was an ACE Fellow, served on the ACE Commission on Lifelong Learning, and served as chair of the Council of Fellows.

Today, Anita continues her involvement with higher education by serving on the Board of Directors of Walden University and the Board of Trustees for Columbia College Hollywood.  She remains active in her community through her work as a Rotarian, having served as President of her club and as District Co-Chair of Leadership Development.  Currently she serves her Rotary District as Assistant Governor and Chair of the Annual Giving Fund.  Lastly, Anita serves on the Board of the ALS Association, Arizona Chapter. In her work she is a one of the four founders of a Survivors Group (Page 2) for those who have lost a loved one to ALS.  She also leads Team McDonald in the Annual Walk to Defeat ALS and has raised over $50,000 over the past 4 years.

Anita is extremely proud of her three children, Robert, Laura and Matthew and loves spending as much time as possible with her seven grandchildren. She currently resides in Tucson, Arizona.